Does Fasting Affect the Pregnant Woman or the Fetus in the Early Weeks of Pregnancy? 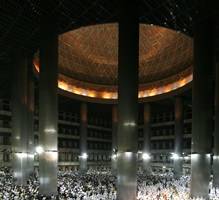 May the peace, mercy and blessings of Allah be upon you.
I am a Muslim who lives in the United States of America.
I am a pregnant woman. I took an HCG test, which, according to a female physician, was at a low level. Thus, she prescribed PROGESTERONE with a dose of (1) ml each week for ten weeks. Later, I took the HCG test for the second time and it revealed a low level again.
Given that I have had a miscarriage earlier, is there a possibility of another miscarriage? I already have two children (5 and 7 years old), praise be to Allah.
Second: My female physician advised me not to fast. Is there a possibility of harm to myself or the fetus if I am able to fast but with feelings of tiredness and fatigue? Is the PROGESTERONE injection that I take a miscarriage-prevention drug? Does it invalidate fasting when it is injected during the daytime of Ramadan?
May Allah reward you.

Answer:
In the Name of Allah, The Most Merciful, The Ever-Merciful
Dear sister,
May the peace, mercy and blessings of Allah be upon you.
Dr. Saamiyah Moosa An-Namlah, a specialist in obstetrics and gynecology, answered your question regarding the HCG test. Progesterone injection is a miscarriage-prevention drug, but we strongly believe that no one can prevent miscarriage with certainty save Allah The Almighty. This injection does not invalidate fasting. It is injected into the muscle and it only contains a hormone, thus it does not provide the body with any nutrients.

For a comprehensive answer, your question was presented to the Sharee‘ah Advisor, Shaykh Ahmad Majeed Hindaawi, and he answered:
All praise is due to Allah for this pregnancy and for granting you offspring, which is one of the great favors of Allah The Almighty. Undoubtedly, you will be greatly rewarded for the miscarriage you had before. Allah The Almighty tries people with such afflictions in order to elevate their degrees and expiate their sins. The Prophet

said: "No fatigue, nor disease, nor sorrow, nor sadness, nor hurt, nor distress befalls a Muslim, even if it were the prick he receives from a thorn, but that Allah expiates some of his sins because of that." [Al-Bukhari and Muslim]
Regarding the ruling of breaking the fast during Ramadan because you expect harm to afflict you or your fetus, then you should consult a specialist in such matters and when the physician indicates that fasting is not harmful to you, this means that you can fast. However, in case you feel extreme tiredness or fatigue and fear harm may afflict your fetus due to fasting, it is permissible for you not to fast. Pregnant and suckling women are not required to fast under Sharee‘ah and they are permitted not to fast, when it is necessary. Fearing that harm may afflict the fetus is not the only condition for not fasting; rather, you are permitted not to fast as well when you feel extreme tiredness and fatigue.
We also advise you to utilize the available means that prevent miscarriage, especially adopting psychological stability. You should be keen to be always calm, quiet and tranquil in order to avoid anxiety or similar conditions in this regard.
You should also be keen to always supplicate Allah, for this is the sole resort for each believing man and woman. The Prophet

said: "Nothing is more honorable in the sight of Allah than supplication." [At-Tirmithi] Therefore, you should always supplicate Allah The Almighty and perform the "Prayer for need". Allah The Almighty provides for the needs of His servants and makes matters easy for them when they sincerely resort to Him. Rather, many times Allah gives people without asking Him. The mercy of Allah encompasses everything. You should supplicate Allah at all times. The prayer for fulfilling a need is a two-Rak‘ah voluntary prayer. After concluding the prayer with Tasleem (saying: As-Salaamu ‘alaykum), you praise Allah, exalt the mention of the Prophet

and then ask Allah for your need. You can say something like, "O Allah grant me a good offspring, for You Are indeed The All-Hearing of supplication", "O Allah, if my pregnancy is better for me, then make it easy for me and safeguard it, for You are the Ever Merciful," and similar good supplications.
In addition, you should use the Sharee‘ah-approved Ruqyah (the Prophetic method of healing with the Quran and Prophetic supplications). Recite the two Chapters Al-Falaq and An-Naas, as they are the best to be used in Ruqyah, as the Prophet

said: "None has sought refuge in something better than them." Besides, there is also the Chapter Al-Faatihah. You can also put your hand on your belly and recite, "Bismillaah (In The Name of Allah)," thrice and then, "A‘oothu biqudratillaah wa ‘izzatihi min sharri ma ajidu wa uhaathir (I seek refuge in the might and power of Allah from the evil of what I feel and am wary of)" seven times. This is in addition to other prescribed supplications. Finally, we advise you to rely on Allah for He is sufficient for you.
We ask Allah to grant you success, perfect the favor of pregnancy on you, expand your heart for what is good and guide you to do what He loves and approves.
Allah is The Bestower of success.