Examples of Taqwa in the Lives of Early Muslims 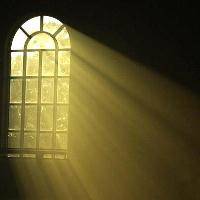 The early Muslim community was par excellence in terms of integrity, nobility of character, and engaging in commendable competition to earn the Satisfaction of Allah The Exalted. Taqwa (consciousness of Allah The Almighty) was a prominent and distinguished feature of the lives of the early Muslim community. This great Muslim generation dominated and subdued the whole world due to their courage and striving in the cause of Allah. Their noble morals and manners and virtues spread in the East and West. The Prophet

the leader of the pious believers and the epitome of Taqwa, used to pray at night until his feet would crack. He used to cry out of his fear of Allah The Exalted and a sound would come from his breast like the rumbling of a mill owing to weeping, although his past and future sins were forgiven.

the successor and best friend of the Prophet

used to say, “I wish I were a tree that is eaten from and then truncated!"

Once, a servant of Abu Bakr

came to him with some food, and he

ate some of it. Abu Bakr

used to ask the servant each time about the origin of the food before eating, but this time he forgot to do so. The servant then asked him, "Why did you not ask me where this food came from?" Abu Bakr

returned, "From where?" The servant responded, "I practiced fortune telling in the times of Jaahiliyyah (the Period of Ignorance before Islam) for some people and they paid me for it (today)." On hearing this, Abu Bakr

put his finger into his mouth and forced himself to vomit up the food, until there was nothing left in his stomach. Then, he

said, “By Allah, if getting this piece of bread out of my body meant my death, I would have got it out.”

This reflects his Taqwa and fear of Allah The Exalted. ‘Umar

feared Allah The Almighty and his heart abounded with Taqwa beyond words. He once heard someone reciting the verse that reads (what means): {The Day they are thrust toward the fire of Hell with a [violent] thrust…} [Quran 52:13] On pondering over this verse, ‘Umar

used to grab his beard in the darkness of the night and say, “O, vicious world! Do you want to allure me? Go and try your allurements on somebody else. I do not desire to own you and do not want to have you. I have divorced you thrice, an irrevocable divorce. The life of pleasures that you offer is of a very little duration.”

once went out with some people. He asked them, “Do you need anything from me?” They said, “No, but we love walking with you.” Ibn Mas‘ood

said, “Go away! This is a humiliation for the follower and a trial for the one who is being followed.”
The great Abbasid Caliph Haaroon Ar-Rasheed, was a great Muslim Caliph who subdued the emperors of the Roman and Persian empires and whose kingdom reached the furthest countries East and West. He went out one day in his luxurious procession. A Jew said to him, “O Commander of the Believers, fear Allah!" Haaroon Ar-Rasheed descended from his mount and prostrated to Allah The Exalted in utter modesty and humility. Then, he talked to the Jew and commanded his men to fulfill his need. Haaroon Ar-Rasheed was then asked about his reaction, he said, “When I heard his words, I remembered the verse that reads (what means): {And when it is said to him, "Fear Allah," pride in the sin takes hold of him. Sufficient for him is Hellfire, and how wretched is the resting place.} [Quran 2:206] I feared that I would be meant by this verse.”

These days many people when they are told to fear Allah The Almighty would feel proud and angry, their eyes would become red with anger and their veins would pop out of their forehead! Ibn Mas‘ood

said, “Enough is the sin of a man to whom people say, 'Fear Allah', and he would reply, 'Mind your own business, how can a man like you advise a man like me!’”

When the hearts of our predecessors

were filled with Taqwa, Allah The Exalted united them, granted them glory and might after being humiliated, and enabled them to conquer countries in the course of fulfilling His promise to them. Allah The Exalted Says (what means): {And if only the people of the cities had believed and feared Allah, We would have opened upon them blessings from the heaven and the earth; but they denied [the messengers], so We seized them for what they were earning.} [Quran 7:96]