If I Reach Ramadan, Allah Will See What I Do! 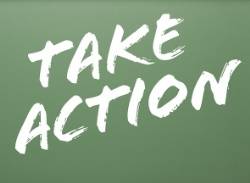 He took his seat in the area prepared for the ‘Eed prayer, and started conversing with himself, recalling the memories of a whole month which had passed as quickly as if it were a day. He sat in grief and pain for the nights and days that had elapsed. What made him grieve even more was when he compared himself with those around him and realized there was a great chasm between them. They had all entered the field on the same day, if not at the same hour but he had slowed down, procrastinated and slept so much that the others had overtaken him.

He sought relief in his memory by turning the pages of his deeds during the month that had elapsed; perchance he would find something in them that would mend his broken spirit. He started turning the pages of the deeds of righteousness. He opened the page of the recitation of the Quran, and found that he had been able to read it completely, albeit only once, and that too with great difficulty. He had heard stories, not only in the stories of the lives of the righteous predecessors

but also in the stories of the righteous people living around him, and even the young men, that some of them had finished reciting it in full as many as five, six and even ten times.

He tried to alleviate his grief by opening the page of giving in charity to those around him or outside his country, from among the afflicted Muslims, especially when he knows well that Allah The Almighty has conferred upon him the favor of wealth and property. However, his share of charity, maintaining good relations and kindness did not befit someone in his position. He sighed and remained silent for a while, and reflected on his deeds again only to find that his charity was woefully lacking compared to the property bestowed upon him by Allah The Almighty. The needy and the deprived had received only a small share from his property during this month, perhaps even much lesser than what was given by some poor person whom Allah The Almighty had saved from niggardliness.

He turned his face away from this page and tried to conceal his pain. He turned another page, hoping to find himself foremost even in one field. He encountered the page of disciplining his bodily senses and organs. At this point, he became embarrassed, remembering many nights on which he gave free rein to his sight, hearing and tongue.
He remembered the gatherings where he and his friends got together to watch TV programs, serials and films, which any rational person, let alone a believer who fears for his heart and deeds, shies away from watching at any time, then how should it be in the month of mercy and good pleasure of Allah?

He remembered the amount of time he had wasted in worldly pursuits that kept him too busy to give time to the race of the Hereafter. He remembered how he exerted his effort, money and time in the rat race and turned away from the race in which winning is guaranteed. The prize of this race is the gardens of Paradise, the good Pleasure of Allah The Most Merciful, rivers, trees, celestial maidens (the ladies of Jannah) with large lustrous eyes, as beautiful as well-guarded and preserved pearls, and the chance of winning in them is 100% for him who has a sincere intention and who perseveres on the right path. However, it is the love for this world which caused him to lag behind.

While he was sitting, he turned his face and saw some of his friends who used to join him in the evil night gatherings during Ramadan. They were wearing their best outfits and their smartest clothes, with wide smiles on their faces.

He turned his gaze toward the other side and saw a group of worshippers in the front rows, whom he recognized for their various acts of worship. He saw them, with cheerfulness and pleasure flowing over their faces, and had it been for fear of disclosing the deed, each one of them would have said, expressing his state: "Here, read my record!" They were wearing new clothes, just like his companions. But how different the smiles and new clothes of those are from the smiles and new clothes of the others!

"‘Eed is not for him who has put on new clothes, but it is for him whom the Lord of the servants is pleased with, and has saved from severe punishment."

He reflected on those thoughts while gazing at these righteous servants. He remembered something he had previously read in a book, that the righteous always rejoice on ‘Eed because the favor of Allah The Almighty has perfected upon them by the completion of the month, in the hope that The Generous Lord would accept it from them. He also remembered the words he heard from the Imaam of the mosque, which Imaam Yahya ibn Abi Katheer

used to say upon the arrival of the month of Ramadan:

"O Allah! Safeguard me until Ramadan, make Ramadan faultless for me, and receive it from with acceptance."

Thus, our companion came out of the praying place of ‘Eed, promising himself, "Should Allah make me live till the next Ramadan, Allah The Almighty would see what I am going to do! I would taste the same pleasure of the striving righteous believers."

Indeed, these feelings are echoed by every believer who perceives the merits and status of this holy month in the sight of Allah.

The believers are filled with longing for the month, especially when we hear the statement of the beloved

Who could blame him for his yearning, while he hears the statement of the Messenger of Allah

: "He, who recites the Noble Quran, will have as much as ten good deeds for each letter." Knowing that the Noble Quran consists of about three hundred thousand letters, nearly three million good deeds await him every time he finishes the recitation of the Quran; and the bounty of Allah is too all-encompassing and extensive to enumerate or calculate. If each good deed is multiplied as many as seven hundred times, then, who could count all this?

We ask Allah The Almighty, the Lord of extensive bounty to confer upon us the favor of utilizing our lifetime in what pleases Him, and not to deprive us of His bounty because of our sins and evil deeds. Indeed, my Lord is Subtle in what He wills. Indeed, it is He who is The Knowing, The Wise.