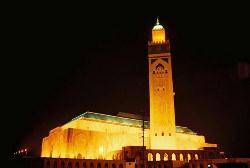 14. Delivering short talks to attendees after the ‘Asr (evening) and before the ‘Ishaa’ (night) prayers and assigning greater care to the speech material. Apt opportunities should be seized to advise and direct the attendees from time to time.

15. Inviting some scholars and preachers to give speeches at appropriate times.

16. Inviting some scholars to deliver special speeches for women and answer their questions on suitable occasions. Such events should be propagated in the nearby mosques in advance.

17. Assigning greater attention to the bulletin board [notice board] of the mosque, and place one if it does not exist. Fatwas, religious articles and lectures could be put on this board. It could be renewed from time to time under the supervision of the Imaam of the mosque.

18. Issuing a magazine for the mosque that would be distributed among the attendees, discussing appropriate topics and issues. People’s contributions in the magazine should be welcomed.

19. Organizing an Iftaar banquet for workers and other residents in the neighbourhood and urging the mosque community to participate in it.

20. Arranging a banquet for the whole neighbourhood the whole Muslim community to have a collective Iftaar meal, in which they all participate via preparing meals in order to foster intimacy and rapport among the people of the community. However, extravagance and ostentation should be evaded.

21. Reminding the community to offer Zakah in the legitimate Zakah disbursement channels.

22. Clarifying to people the virtues and merits of I’tikaaf (seclusion in the mosque for the purpose of worship), even for one day during the last ten days of Ramadan.

23. Clarifying the virtues of devoting one’s time to worshipping and reciting Thikr after the Fajr prayer until sunrise.

24. Clarifying the merits of Laylat Al-Qadr (the Night of Decree) and urging them to seek this blessed night and strive in carrying out acts of worship.

25. Urging people to perform ‘Umrah in Ramadan and reminding them of its merits.

26. Warning parents against neglecting their families and giving up their due responsibility of taking good care of them during their stay in Makkah or Madeenah.

27. Organizing a gathering on the ‘Eid Day for the mosque community in order to congratulate one another.

28. Strengthening the Islamic beliefs in Muslims, such as due submission to the Sharee’ah text [Quran and Sunnah], placing one’s complete trust in Allah The Exalted, having confidence in and good expectations of Him.

29. Urging the mosque community to take better care of their families and the upbringing of their children through admitting them in classes for the memorization of the Quran, and instilling in them benevolence and eagerness to be charitable. They should also cultivate in them a sense of responsibility to be charitable and to help others and purify Muslim homes from moral and spiritual corruption.

30. It is important to encourage the participation of women in feminine Da’wah activities through organizing religious knowledge lessons, suggesting appropriate programs for them, or implementing some of these proposals.

31. Identifying the religious mistakes and violations that women often make or what they need to know about Islamic rulings and virtues. Questions on these issues could be raised and after receiving the women’s answers to them, a scholar can give them the correct answers.

32. Enhancing the role of the mosque community in various activities, either by putting forward ideas and suggestions for the activities, and executing and financially sponsoring them.

33. Inviting new converts to Iftaar banquets in order to revive the spirit of brotherhood among Muslims and eliminate any potential psychological barriers between them.

34. Organizing periodic competitions among the mosque community in order to foster rapport, intimacy, exchanging advice and cooperation to do good among them.

36. Urging Muslims to visit Muslim patients in hospitals in order to comfort them, bring happiness to their hearts on Ramadan, guide them to what benefits them, and give them gifts.

37. Seizing the opportunity of the holy month to seek comprehensive supplications, implore Allah The Exalted to grant us the good of the world and of the Hereafter, and what benefits the Muslims, relives them, and imploring Him to grant them victory, free their captives and heal their patients.

38. Every Imaam should have a group of advisors and helpers who should be good people to help him carry out the programs and guide people throughout the year, and in Ramadan in particular. One of them may read the attendees a book, one may supervise the notice board of the mosque and another to supervise the magazine.

39. The Imaam could interpret the verses of the Quran that would be recited in the Taraaweeh prayer and inform the people who pray there of that.

Lastly, we greatly need to invoke guidance and wisdom from Allah The Almighty. Let us implore Him to benefit us from this effort, and to bless it.