What Do Scholars Say about Intermixing? - I 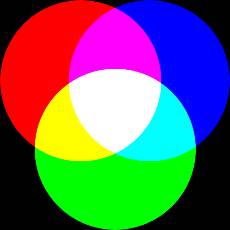 said in his book Al-Umm, "I do not like women to be buried with men in a single grave as long as there is no necessity. However, if this is necessary, then the man should be in front and the woman in the back along with a separator of dust between them."

hated mixing men and women even if they were dead in the grave not feeling the presence of one another, so, what should we say about college students who sit with the boy’s thigh stuck to his girlfriend’s thigh while they are alive, with desire running in their veins and each of them wants the other?

Some Islamic jurists rightly stated that it is allowable for the ruler (concerned authorities) to spoil the clothing of women who impermissibly expose their adornment with ink or so if this is suitable. This is considered the least financial punishment, as the Commander of the Believers ‘Umar ibn Al-Khattaab

prevented women from walking with men or intermixing with them in the roads.

said in Al-Fataawa (15/297), "Unlike the man, the woman should be protected and preserved; hence, she was specified with the command to wear the Hijab (Islamic covering) and refrain from showing her adornment before non-Mahram (marriageable) men. Therefore, she, unlike the man, must abide in her house and must abide by Hijab, because the appearance of women without necessity causes temptation, and men are in charge of them."

narrated on the authority of Umm Salamah

commented on this Hadeeth (narration) saying, "This Hadeeth refutes the allegations made by the contemporary liars who are keen on spreading immorality among the believers to be as immoral as the non-Muslims. They encourage women to leave their houses to enlist in the army, where their arms and thighs are exposed and their front and back are shown, intending, in fact, to entertain the young soldiers who are deprived of women in the army; in imitation of the dissolute Jews and Westerners, may the successive curses of Allah be upon them until the Day of Judgment."

Today, the enemies of Islam - rather, the enemies of humanity, including the disbelievers and hypocrites who have a disease in their hearts -- are embittered by the chastity and honorable status of the Muslim woman under Islam.

That is because the enemies of Islam want women to serve as a tool of destruction and a trap by which they can seduce and prey on those who have weak faith and those who have a perverted nature, after getting her to fulfill their frenzied desires. Allah The Almighty Says (what means): {Allah wants to accept your repentance, but those who follow [their] passions want you to digress [into] a great deviation.} [Quran 4:28]

The Muslims who have a disease in their hearts want the woman to be a cheap commodity displayed before lascivious ‎people. They want her to be an object, exposed before their eyes so they can enjoy her beauty or reach of her what is uglier than that.

That is why they endeavor to get the woman out of her house to work side by side with men, or to serve men as a nurse in hospitals, a stewardess on board planes, a teacher or professor in mixed schools, an actress or singer in theaters, or a broadcaster in the mass media where she would seduce men by her voice and beauty.

Immoral magazines have taken seductive ‎pictures of girls as a means for promoting and marketing themselves. Similarly, some businessmen and companies exploit such pictures to promote their products.

These conspiracies led women to abandon their natural and true duty inside her house, which forced husbands to hire foreign female maids to raise their children and take care of the affairs of their households, and this has resulted in great evil and much temptation.