What Do Scholars Say about Intermixing? - II 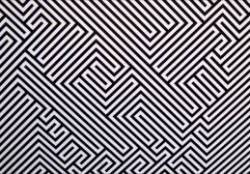 answering the advocates of permissiveness and necessity of intermixing between the sexes:

In answer to the Director of San‘aa’ University, Abdul-‘Azeez Al-Muqaalih, who wrote an article in As-Siyaasah newspaper in 24/7/1404 AH, calling for intermixing between the sexes in educational institutions, arguing that both men and women used to perform prayer in the same mosque during the lifetime of the Prophet

There is no doubt that this call represents a serious violation of the Islamic Sharee'ah (Islamic legislation), because the Sharee'ah does not call for intermixing between the sexes but rather forbids it and stresses such forbiddance. Allah The Almighty Says (what means):

- {And abide in your houses and do not display yourselves as [was] the display of the former times of ignorance.} [Quran 33:33]

- {O Prophet, tell your wives and your daughters and the women of the believers to bring down over themselves [part] of their outer garments. That is more suitable that they will be known and not be abused. And ever is Allah Forgiving and Merciful.} [Quran 33:59]

- {And tell the believing women to reduce [some] of their vision and guard their private parts and not expose their adornment except that which [necessarily] appears thereof and to wrap [a portion of] their head covers over their chests and not expose their adornment except to their husbands, their fathers, their husbands' fathers, their sons, their husbands' sons, their brothers, their brothers' sons, their sisters' sons, their women, that which their right hands possess, or those male attendants having no physical desire, or children who are not yet aware of the private aspects of women. And let them not stamp their feet to make known what they conceal of their adornment. And turn to Allah in repentance, all of you, O believers, that you might succeed.} [Quran 24:31]

- {…And when you ask [his wives] for something, ask them from behind a partition. That is purer for your hearts and their hearts….} [Quran 33:53]

There are many other verses in the Quran calling women to remain in their houses for fear of temptation, as long as there is no necessity for them to leave the house.

It was narrated on the authority of Usaamah ibn Zayd

said: “I am not leaving behind me a more harmful temptation for men than women.” [Al-Bukhari and Muslim]

said: “The world is sweet and green (alluring); and verily, Allah is making you succeed each other, generation after generation in order to see how you act. So, beware of this world and beware of women, for they were the first trial of Banu Israel.” [Muslim]

It is known that when male and female students sit at the same desk, this causes temptation, particularly when the female students do not adhere to the Hijab (Islamic covering). There was no intermixing between men and women during the lifetime of the Prophet

-- neither in the mosque nor in markets; rather, rows of women were always behind those of men. The Prophet

also used to command his Companions to wait for a while until the women had left the mosque. He also commanded women not to walk in the middle of the road, and used to go to the women to preach to them after the men at the conclusion of the ‘Eed prayer because they were at a distance, unable to hear the Khutbah (sermon).

also said in answer to Al-Jazeerah newspaper, issued in 15/4/1403 AH, where some writers suggested mixed education in elementary schools:

This is a very dangerous and evil suggestion. It was narrated on the authority of ‘Abdullah ibn ‘Amr ibn Al-‘Aas

said: “Command your children to perform prayer when they are seven years old, and beat them for (not offering) it when they are ten, and separate them in beds.”  [Abu Daawood]

commanded us to prevent boys and girls from sharing the same bed after the age of ten because such intermixing may lead to immorality.

was asked the following question: "I am a young man from a rich family. I study at a mixed school and this helped me establish shameful relationships with girls. I have committed many sins and I want to know what I should do to get rid of my misery. Is there repentance for me? What are the conditions of repentance?"

In his response to this question, Shaykh ibn ‘Uthaymeen

called upon rulers to protect their people from the causes of evil and temptation, particularly the Fitnah (trial) of intermixing between the sexes. In addition to sincere intention and true determination, this can be achieved through establishing schools, institutes, and universities only for girls. Women have the right to learn just as men, but they must be separated from men.

reported, “A woman came to the Messenger of Allah

and ‎said, "O Messenger of Allah! Only men benefit from your‎‏ ‏teachings, so please devote some of your time to us; a day on which we may come ‏to you so that you may ‎teach us about what Allah The Almighty has taught you." The Prophet, sallallaahu ‘alayhi wa sallam, said‏: “Gather on such-and-such a day at such-and-such a ‎place."  They gathered and he went to them ‎and taught them what Allah The Almighty had taught him.” [Al-Bukhari]

This apparently proves that a special place should be dedicated to the education of women, since the Prophet

did not tell them to attend with men.

The example of those who underestimate the matter of prohibited intermixing between men and women under the pretext that they are habituated to adherence to chastity and virtue, is that of a people who put an amount of gunpowder near a lighted fire and then claim that there will not be an explosion because there is a warning written on the gunpowder that it should not burn. This is merely illusion that is removed from reality because it contradicts the nature of things. Those who invented intermixing are now suffering from its catastrophic results and calling to have it cancelled.