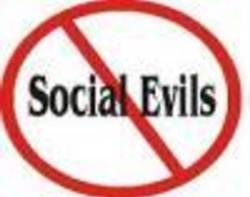 Severing ties with kinfolk: The most important of kinfolk are one's parents, and yet we find many people dealing with them in an inappropriate manner or even severing ties with them altogether. As for those who do try to fulfil the needs of their parents, many of them do it begrudgingly, while expressing discontent or complaining that it is a burden upon them. This is in spite of the fact that Allah The Almighty commands us to not say even the least expression of discontent in this regard, saying (what means): {…Say not to them [so much as] 'Uff,' and do not repel them but speak to them a noble word.} [Quran 17:23]

The mother of Huthayl bin Hafsah

“He would collect wood during the summer and peel off the outer layer of bark himself. Then, when winter would come, he would come to me whilst I was praying, light a brazier (in my room) and place the peeled wood in it, as this does not give harmful smoke. He would do so just so that I would be warm during prayer. He would do so even though we had a servant who could do the job. Whenever I thought of stopping him and commanding him to return to his family, I would remember why he was doing it, and thus I would allow him to continue."

Why was he doing this himself despite him having a servant who could have done it for him? It was nothing but a reflection of his full dutifulness towards his mother.

This type of nobility is not limited to ones parents; rather, one should be kind to all his relatives and even his fellow Muslims.

Wasting time: The issue of wasting time is a very important one indeed. We must be careful about it and hold ourselves to account regarding it because we spend much of our time uselessly instead of spending it in acts of obedience to Allah, as it should be utilized. Allah The Almighty Says (what means): {And it is He who has made the night and the day in succession for whoever desires to remember or desires gratitude.} [Quran 25:62]

Therefore, time was created so that we would fill it with acts of obedience to Allah, The Almighty but many people do the exact opposite of this. The Salaf (righteous predecessors)

were very keen to make use of every second of their time. Al-Hasan

said, “I have met some people who were stingier with their time than they were with their wealth.”

People nowadays waste their times in games, late nights, socializing, watching television and in vain talk. They may even go as far as doing so at the expense of their religious obligations, such as their daily prayers, and so on.

Wasting wealth: Many men cave in under pressure from their wives and children and therefore spend extravagantly, but when they are asked to spend in charity, one would find that they are so stingy that if they were to pull out two bills to give in charity, one would invariably return to his pocket. However, if this same person were to go to a restaurant, he would have no problem in spending multiples of this amount.

reported, “The Messenger of Allah

said: Man's feet will not move on the Day of Resurrection before he is asked about his life and how he consumed it, his knowledge and what did he do with it, his wealth and how he earned it and how he disposed of it, and about his body and how he wore it out.’" [At-Tirmithi]

This does not imply that people do not spend generously or that there are no people who do any of the abovementioned matters correctly. The purpose of highlighting these points is to serve as a reminder for Muslims – at both the individual and community level – so that we realize the importance of these matters and hold ourselves to account with respect to them, as there are many of us who are failing to do so.