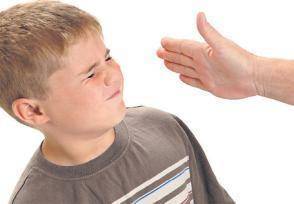 “My children do not listen to anything I say. What should I do? Although I know that it is a wrong method, I usually scold and beat my children. I usually feel angry with them and then with myself. I can not bear this type of life; there must be another solution.”
With these words, the sighs of the hopeless father who beats his children ended. He is confused between those who see that beating is the only solution and those who accuse him of neglecting his children and make him feel regretful. Due to the travails of those who assume the responsibility of the upbringing of children, I write these words:

Beating in the Eyes of Child-care Experts:

• 10 percent of parents harshly scold their children and do not see anything wrong with this
• 20 percent of parents severely scold their children but do not wish to do so. They are looking for a better way to discipline their children.
Even if I doubt these figures because I believe that the numbers are much more than this, few parents use beating correctly as a means of punishment.
Specialists still have different opinions about the efficiency of punishment through beating. They also disagree whether or not this is an efficient practice employed in a sound upbringing. However, most of them believe that beating does not change the child's behavior. Rather, it is just a temporary remedy for the child's bad behavior, but in fact it teaches the child nothing.

Given this logic, specialists divided the parents' methods in punishing their children into three different methods:

This method is also known as the “day-long” method. Mostly, this method is a reaction of the parents to their children's behavior in their daily life. This is commonly used with young children in particular. Their parents are not quite serious when they beat them violently. They often pull their children by their clothes with one hand and move the other hand in the air. In most cases, the beating is symbolic and the child screams thereafter and then returns to play again. This is the so-called "beat the child on his hand" method.
Many parents rashly use this method when their children do something wrong, like touching the electricity cord and similar actions. The children are excused because they neither know nor imagine that this is harmful. The parent should explain to his child why touching such things is not allowed and this justifies beating. Then, the parent should keep such things away from the child or keep him away from them and hence, the children will imitate him. If parents simply resort to beating, children too will just learn how to beat.

It is the most prevalent and the most harmful method. When you get angry and then scold and beat your child, this leads to a number of problems, including teaching your child how to provoke you and make you angry, and that his bad behavior causes you to lose control over yourself. Scolding and beating in moments of anger is impulsive behavior and is often a reaction to the child's bad behavior. If you scold your child and beat him when you are angry, you are unaware of what you are doing and you may harm your child.

When you scold and beat your child if you are angry, this creates negative feelings. Actually, you create these feelings inside yourself, your child as well as the rest of your family members. Such feelings could destroy your child's self-confidence due to extreme fear of parents and feeling that their parents have no confidence in them. Besides, the Prophet

forbade us from getting angry when he said: “Do not get angry.”

When you scold your child or beat him when you are angry, you mostly do so out of revenge. Thereafter, your feeling of guilt gets more and more severe until it finally explodes.
3. The planning method:

Although it is rarely used, this is the third method used by parents and it is the best method for those who want to punish their children through beating. It is when a parent talks to his child about an episode of bad behavior and tells him that he will be punished with a beating if he repeats such an action again. Say, for example, “If you use bad language, you will be punished by a beating.” When your child talks obscenely, you are required to quietly beat him. Quietness is crucial here because if you are not quiet, this means that you are using the anger method in punishing through beating. This method involves the implication: “beating you hurts me more than you.”