Our Fasting and Theirs 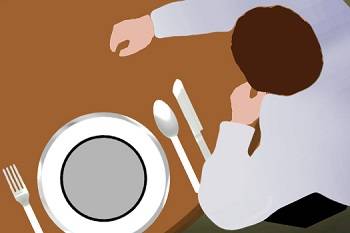 We willingly experience hunger and thirst in this blessed month out of worship and drawing closer to Allah The Almighty. If we worship Allah by abandoning food and drink for one month every year, Allah, the Exalted, knows that there is a considerable number of our fellow Muslims who unwillingly and forcibly experience hunger along the year. The thirst and hunger of Ramadan are considered an ordinary condition for them as those people do not taste food except in exceptional circumstances because they are destitute, poor and humiliated. They have nothing to eat and nowhere to live except on the surface of the earth, which has no walls. Their bed is the earth and their cover is nothing but the sky. On the other hand, we enjoy clean, cool water; rich delicious food; and comfortable beds!

Some of those hungry people live in confrontation with the destructive triangle (poverty-ignorance- disease).

A great number of our brothers and sisters in different places on earth suffer from these and other miserable conditions at a time when we enjoy education, medical services, and security in our religion.

Some of them live without clothing except for a regiment of hunger and fear from the military machineries that severely torture them and from the planes of disbelief that pour fire over their heads. Every day, they carry a dead person to his grave and a wounded person to his bed and add a group of widows and a huge number of orphans to their lists.

Some of them live as captives in prisons under the pressure of torture because they say, "There is none worthy of worship except Allah, and Muhammad is the Messenger of Allah," and because they refuse to bow to other than Allah The Almighty.

I say: Ramadan should remind us of those people in a positive manner that drives us to revive the meanings of spending, solidarity, mutual mercy, supplication, and support to those vulnerable people in addition to thanking Allah, the Exalted, for His blessing as He granted us security in our homelands and religion.

O dear Muslim! Have you heard about the vulnerable people in Palestine, in Kashmir, in Chechnya, and in Mindanao?

Have you heard about the "Rohingya" people in Burma, who are oppressed because of their religion?

Have you heard about the vulnerable "Uyghur" people in eastern Turkistan?

If you have not heard about them, then know that these are our brothers and sisters in belief and that their conditions are as what follows: vulnerability, displacement, captivity, imprisonment, terrorism, murder, hunger, fear, illness and ignorance.

Christianization organizations and disbelieving entities are working day and night to keep them away from the religion of Allah.

In some poor Muslim regions, we hear and read about wondrous and unbelievable scenes. Here is a child whose meager mother died from hunger while he is lying on her hand and trying to suck what quenches his thirst from her breast! He does not know the meaning of death but he does know the meaning of hunger. Here is another, older child who was weakened by illness and hunger. He is competing with the ants to use their stock of food and is exerting great effort in digging their holes to obtain some grains of maize to relieve his stomach and perhaps find a way to be counted among the living!

Where are we from all this?

Where are we while the Prophet

Where is our spending when we eat food till we throw its remnants in dumps and the remnants may be twice what we ate?

Where is our spending when some of our countries consume cigarettes worth millions of dollars?

How strange! We send some of our money to dumps and some to the fire!