Experience of a Canadian woman 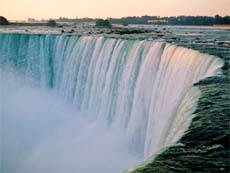 Many may ask why a young, Canadian-born, Caucasian woman would embrace a religion that not only supposedly oppresses women, but takes all her freedom and independence and treats her as a second class citizen.

I reject such accusations and pose to them the following question. "Why is it that so many women who have been born and brought up in the so-called 'civilized' societies of Canada, USA, and Europe are willing to reject their liberty, and independence, to embrace a religion that supposedly oppresses them and is widely assumed to be prejudicial to them?"
As a Canadian revert to Islam, I can only present my personal experience and reasons for rejecting the freedom, that women claim to have in this society, in favor of the only religion that truly liberates women by giving us a status and position which is completely unique when compared to non-Muslim counterparts.
As a child growing up in a non-religious home, I often asked my parents if there was a God, who is He, and where did He come from? Their response was always, believe in what you want to believe. This confused me, because many of my friends had religions, and I never understood why I didn't.
I remember when I was six or seven years old, I attended Sunday School, at a Church with a friend a couple of times. I found it very boring. I didn't feel comfortable around the other children, and felt pressured by the instructor and other children because I didn't know anything about Jesus Christ, may Allah exalt his mention. Feeling this way I stopped going to the Sunday school, and continued growing up without a religion, with no knowledge of God, which made me feel very lonely.
It wasn't until I was in high school when I learned about religion in my social studies class, and remember vividly how my teacher told us women in Islam have no rights, women are denied education, must be circumcised, and how women must obey men, otherwise, the men can beat them.
This made me think
No matter what this teacher said, something in my mind kept telling me this couldn't be true. Ironically, around the same time I was learning this, I met a Muslim, named Khaled (who is now my husband) at the place where I worked and asked him about what my teacher said. He was shocked to hear the school boards were teaching this about Islam and told me they were all untrue. When discussing this with my teacher in front of my fellow students, the teacher told me that my source is wrong, and he has the information in his books, otherwise he wouldn't be teaching us this stuff.
My teacher pretty much made me look stupid; however some of my friends believed me. I continued talking to Khaled at work about Muslim women and was very curious about the role of Muslim women. I have to admit that I never agreed all the time with what Khaled said, but I was also a non-believer at that time, and never understood fully what Islam was. I was (and still I am) always fascinated with how the Muslim women would cover themselves, they always seemed to have the look of peace on their faces. I would never have guessed that I would one day be one of those ladies who is fully covered.
Two years later, Khaled and I were married and had our first child, Al-Hamdulillah. It wasn't until one year after my second child was born, Al-Hamdulillah, when I began to feel depressed and adrift, feeling a large spirituality void. I felt there was a big chunk of my life still missing. This was when I began to read about various religions, and it wasn't until I bought a translation of the Holy Quran when I finally understood the true meaning of life, and that there is none has the right to be worshipped but Allah). The Quran answered all the questions I was looking for, and some that I never even thought of.
One week before the holy month of Ramadan, I taught myself to pray, memorized two suras (Quranic Chapters), and said my Shahadah (Testimony of faith). I no longer felt adrift and I believed in Allah. It was like having the feeling and guidance from Allah.
Wearing the scarf for the first time made me feel as though I had more peace, I was someone, not only a someone, but a Muslim. I was (and am) protecting myself from all evil. I felt a lot more close to Allah, because He has ordained women in the Noble Quran to cover themselves.
I know in my heart that it bothered my husband a lot to have a wife who did not only embrace Islam, but to see her practicing it when he wasn't. My husband and I have no differences anymore in terms of raising our children (as Muslims), and have never been so happy since he and I started practicing Islam.
My life has changed a lot since I embraced Islam (all for the best), and I'm loving every minute of it! I recommend it to everyone out there, whether a Muslim, Christian, Jew, Hindu, to pick up a copy of the Noble Quran and to read not just some of it, but all of it. May Allah give everyone the strength and courage that He has given me during the past year.