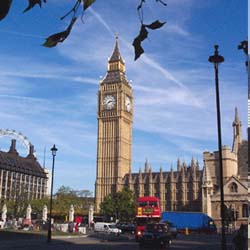 There is compelling anecdotal evidence of a surge in reversions to Islam since September 11, not just in Britain, but across Europe and America. One Dutch Islamic center claims a tenfold increase, while the New Muslims Project, based in Leicester and run by a former Irish Roman Catholic housewife, reports a "steady stream" of new reverts.