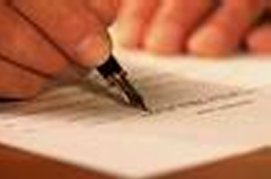 The Christian Bible, being the textbook of Christianity, is a book which I have read many times. I doubt if there is a person who does not shudder while reading its pages, filled as they are with blood-curdling slaughter, rapine and destruction, along with its tales of incest, rape and other vile obscenity. Indeed, after reading the Bible one cannot help but wonder as to the nature of this "God of the Christians".
Almost every Christian home contains the Bible, but it is generally used as a mantelpiece decoration. If it were the custom of the printer to deliver this book with its edges uncut, it would, no doubt, remain so for many years!
Charles Francis Potter, D.D., in his book "The Story of Religion" wrote: "The Christian Bible may be 'the book nobody knows' in America, but the Qur'an is the book everybody reads in Islam."
Yes, indeed, and it is an advantage to Christianity that the Bible is "the book nobody knows." The Bible was the first cause in leading me away from Christianity.
Having lost all interest in Christianity, I began a study of other world religions, as well as various "ologies" and "isms." All this was followed by agnosticism and atheism. However, there is, I believe, in mankind an innate certainty deeply rooted which persists in proclaiming the fact that there is Allah, a Divine Creator, Master of the universe. But not the God who glories in bloodshed, atrocities and sensuousness. It was this "innate certainty" which caused me to return to a further study of religion.
I found that Islam appeals to one's reason; it does not contain the pessimism of Buddhism; it is not void of Divinity like Shintoism or Confucianism, nor is it a money-made religion. I found that it invites and encourages the pursuit of knowledge.
The pages of history are filled with facts citing the hindrances which Christianity placed in the pathway of progress and civilization. It was a traditional saying of the Prophet Muhammad that "who so pursue the road of knowledge; Allah will direct him to the road of Jannah; (heaven); verily the angels spread their arms to receive him who seek after knowledge; verily the superiority of a learned man over a mere worshipper is like that of the full moon over the stars."
I do not hesitate to state that were Islam better known in the Western World, it would astound the civilized world by its gain in adherents. The reason why it is not better known, is that it is with difficulty that one can obtain authorized or even unbiased literature pertaining to the Islamic faith. However, I am sure time will rectify this condition.
In bringing this article to an end, I wish to state that I am very happy to add my voice to the millions who proclaim to the world La ilaha illa-Allah, Muhammad-ur-Rasulullaah - There is no true god but Allah and Muhammad is His Messenger.