A German lady converts to Islam 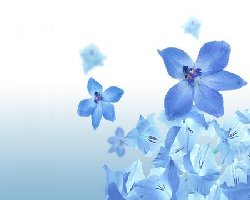 Shortly after I was born in 1934 it became a "fashion" in Germany to quit membership of the Church—Catholic or Protestant—and  become  "gottglaubig"  which means believing in God but actually signifies rather the contrary. In fact when I was about seven years old, an elder girl told me that there was no God at all and as she seemed to me quite an authentic person and I had just learned that also Santa Claus is only an invention for children, turned all my interest towards this world. Yet the world at that time was far from being easily understandable for young people. There were bombs day after day, there was father who could come only now and then for just one day and mother who knitted gloves and socks for "our poor soldiers," there was a big house in the neighbourhood which was turned into a hospital for the wounded. When that was over, there were strange people who took away our house and American war-films started coming in which melted my heart. I was unable to judge who was right and who was wrong and everything looked cruel and senseless to me—there were a thousand whys to which nobody could give a satisfactory answer. I started to be on the outlook for God yet hard though I tried I could neither find Him in Catholicism nor Protestantism nor with Jehova's Witnesses. The road nearer to God in these religions was barred for me through the fact that all of them had doctrines in which to believe I found impossible, and injunctions to follow which strictly seemed to me impracticable. And how could I accept a faith in which I knew from the very outset that I would be tortured by self accusation for my own imperfection?

It is still a miracle for me that of all girls, I was the one to meet a young European who had already embraced Islam seven years before. The very first time we met I happened to enquire about his religion and when I learned that it was Islam I asked him to tell me more about it. I was a great sceptic at that time due to the disappointments I had had with other religions, yet when he explained to me the meaning of the word 'Muslim', i.e., one who out of free will surrenders himself to God's Commandments, something started waking up within me. Then he went on to explain to me that all men, animals, plants and everything else in this universe is already Muslim compulsorily because they would destroy themselves if they would not follow God's laws in matters such as eating, drinking, procreation and so on. Man alone, so he said, is in a position to accept Islam also spiritually, apart from the material sphere where he practically does not have a free choice but has to follow his inborn urges as animals and plants.
It was the wonderful logic, the pure commonsense in all Islamic teachings which attracted me so much, in the first few fundamental doctrines about which I learned as much as in the books I read in the following years small though the stock of unbiased Islamic literature in German language is. Apart from the help of the young Muslim he now is my husband—who never got tired of explaining things to me and answering all my questions. Muhammad Asad's book "The Road to Mecca” made me understand the deep meaning behind all Islamic injunctions and thus helped me most while I was on my way to become a Muslimah.