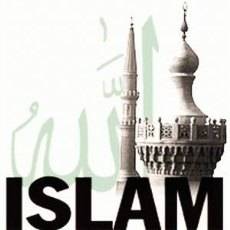 For as long as I can remember, I have never been satisfied with Christianity. I could never assimilate their belief that Jesus is the “son” of God. I used to think it was a fault in me – that I was of “weak faith”.

When I was a child, I used to pray to God to help me believe that Jesus was His son. I didn’t feel God responding to my prayer to strengthen my faith in the Christian church.
I had a little Jewish friend in the 3rd grade. I remember being fascinated by her religion. I asked her why she wrote the word God as “G’d”, and she replied that in her religion, even the word “God” was considered too holy for them to spell out. I was amazed at the supreme power of our mutual God!
I remained very interested in Judaism all the way throughout elementary school, up into high school and college, all the while researching and studying it. I decided that it was the closest thing I had found so far to what I believed about God.
During college, I joined the Jewish Students Organization, started taking Hebrew and religious study, and began to make plans for my formal conversion to Judaism.
I contacted one rabbi at a conservative synagogue, and was quickly and purposefully discouraged by him as to the amount of work and effort it would take on my part. When I persisted, saying that I was willing to work hard for something as important to me as religion, he said: “We really don’t do conversions here!”
That was the end of that conversation. I was somewhat discouraged, but decided to try again at another synagogue with another rabbi a few days later. This one told me that I could convert if I wanted to, but that I would never be considered a Jew by other Jews.
With this warm reception, I was finally discouraged, and decided to look into other faiths. I examined Catholicism, Buddhism, and even Native American Spirituality, and I was getting nowhere. I finally decided that I would just believe my own beliefs of a supreme and omnipotent God, and go my own way.
I never even considered Islam until I met the man who was to later become my husband. I had previously always dismissed Islam as a violent religion, full of bloodshed, “holy wars”, and men who abused and oppressed women!
This was entirely due to the western media’s gross misrepresentation of Islam – the only exposure most Westerners, including myself, ever have to Islam, unfortunately!

When I found out (through casual conversation) that the man I had met was a Muslim, I was somewhat taken aback. He was so sweet and warm and caring, and he had a great sense of humor! (A Muslim with a sense of humor? Impossible!)
I really liked him as a person. I thought maybe I should investigate Islam more on my own, as I had just met a Muslim who defied all of the negative stereotypes that I had in my head about Islam and Muslims.
As the months went by, and as I studied more and more in depth about Islam, my conviction began to grow steadily that this was the true religion. It was so close in many ways to what I already believed!
Then one day at a weekly women’s lesson on Islam that I had been attending, (even though I wasn’t a Muslim yet), one of the sisters was reading a verse of the Qur’an that really affected me. It was about the Jews and their questioning of God’s commands in sacrificing the heifer in Al-Baqarah.
This verse suddenly affected me so much that, much to my embarrassment, I began to cry in the middle of the lesson. The sister who was reading comforted me by saying that the Qur’aan – the Word of Allah (Subhana Wa Ta’ala) – often affects people this way.
That evening at home, as I was preparing for bed, I went through my usual routine of opening the Holy Qur’an at random and asking Allah to select a passage for me to read. The verse that my eyes fell on as I opened the book read as follows: “And when they listen to the revelation received by the Messenger, you will see their eyes overflowing with tears, for they recognize the truth. They pray: ‘Our Lord! We believe; write us down among the witnesses. What cause can we have not to believe in Allah and the truth which has come to us, seeing as we long for our Lord to admit us to the company of the righteous?’ And for this, their prayer has Allah rewarded them with Gardens, with rivers flowing underneath – their eternal Home. Such is the recompense of those who do good.” (5:83-85)
This was the final message to me from Allah for me to revert to Islam! I was speechless. He (Allah) spoke to me through the glorious Qur’an. He showed me the straight path – the truth. I said Shahada (Testimony of faith) shortly after that. Shahada was a homecoming for me – I felt that my soul had been set free.
Also, in direct contrast to the less-than-friendly welcome of the Jews when I expressed a desire to convert, the Muslims all said: Allahu Akbar (Allah is the Greatest), Al-Hamdulillah (All praise and thanks are due to Allah), Masha’Allah (What Allah wills), Subhan Allah (Glorified is Allah), Ahlan wa Sahlan (Welcome), Mubarak (Blessing), Assalaamu Alaikum (Peace be upon you). No one has ever told me I “would never be considered a Muslim”.
To this day, and always, it warms my heart and soul to go to a gathering of my sisters and brothers in Islam and hear the quiet murmuring of “Assalaamu Alaikum”, and see the warm smiles, hugs and handshakes, and the welcoming outstretched arms of my Ummah (community)! I will never stop thanking Allah for guiding me to the light of Islam.