The Italian ambassador to Saudi Arabia reverts to Islam 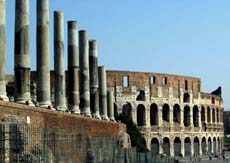 Cardeilli, who speaks Arabic, is the first ambassador to revert toIslam inSaudiArabia home to Islam's holiest sites in Makkahand Madinah, according to a dawah center in Batha which handles Muslimreversions.
Nouh ibn Nasser, director of the Batha center, said theItalian converted on Nov. 15, the day before the start of the holy month ofRamadan. "He came to the office and read the two testimonies (necessary todeclare faith) and then prayed with us " Nassersaid.
Cardeilli, 59, was not available for comment as he leftRiyadhtoRomeon Saturday. But in a press statement, theambassador expressed his happiness over his reversion to Islam. He said he wasfully convinced about the truthfulness of Islam through his regular reading ofAllaa's final revelation, the Holy Quran.
During his 34-year diplomaticcareer, Cardeilli, a graduate in linguistics and oriental civilization, has beenposted to several Arab countries and took up his current post in Riyadh inNovember 2000.
Cardeilli was born in 1942. He is married and father oftwo. He was first appointed at the Italian Foreign Ministry's political officein 1967 and previously worked as a diplomat inSudan Syria Iraq Libya AlbaniaandTanzania.
In September, Italian Prime Minister Silvio Berlusconi sparked outrageacross the Arab and Muslim world with remarks over the West's "superiority" overIslam. Berlusconi insisted his comments were misinterpreted by a hostileleft-wing Italian press and has since outlined his "deep respect for Islam" as a great religion.
The dawah center's Nouh said that on average three to four people come to his office daily to embrace Islam, and the number rises to five during Ramadan. Twenty similar offices operate in Riyadh and there are many more in the other cities throughout the Kingdom.
For his part, Mohammed Abbas Afesh, of the World Assembly of Muslim Youth (WAMY), told Arab News that his organization has recently distributed a great deal of Islamic literature in English among the diplomatic missions in Riyadh, including the Italian Embassy.
"We also arranged lectures on various aspects of Islam. As a result of this effort, a few people, including some women, embraced Islam," Abbas said, adding that the events of Sept. 11 had sparked a great deal of interest in Islam among Christians.
"They want to know about the concept of jihad and other relevant matters. Overall, they are receptive to the message of Islam.