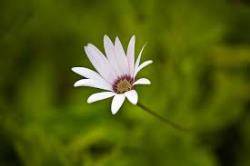 I'am Rosalina Panganiban (Aisha), the eldest daughter among eight children of a young couple. I hailed from a poor family, I didn't even taste the luxurious way of life, but my parents raised me with a good moral character. I finished my education in a very hard situation, and I was so lucky to get a stable job afterwards. As the eldest child, I helped my parents, brothers and sisters, because I didn't want them to experience the hardships I suffered. One day, the most shocking and lonely moment came in our life, my father died. We were so poor that we didn't even have money for the last service of my father, but thanks to Almighty God, everything was settled. I knew that it was part of His trial.

In 1985, I came to Kuwait. It was so strange. I felt sorry for my decision to leave the company that I worked for nine years. Then my employer tried to comfort me, they treated me as their own family. They decided to open a small boutique shop and allowed me to manage it.

On 2 August 1990, I felt the earth fall down on my head, when Iraq invaded Kuwait. I decided to leave Kuwait. I passed through Baghdad, where I fell ill. I thought it was an endless ordeal. Thanks to Almighty God, I reached my country safe and sound.

Next year, on the same date, our home, which we built on five years of hard work in Kuwait, was pulled down by the government. Every piece of our house was razed to ground. It was painful to see that in one second everything was gone, and they didn't pay any compensation.

In January of 1992, I was lucky to come back to Kuwait under the same employer. Everything ran smoothly, and I decided to fulfill my desire, which I had been cherishing since 1985: to embrace Islam the true religion of God, the religion that Almighty God revealed to the last prophet, Muhammad

. The religion which caught my attention when I first reached this Muslim country. On the first day of my arrival here I observed the brotherly relations among countrymen, their help and concern to their brothers outside, the equality among Muslims regardless of their races, nationality, social status etc., the soundness of Islamic law, and when I listened to the programs of Sheikh Salah Al-Rasheid on "Understanding Islam", my desire became more. I found my source, the IPC to get all the information and pamphlets, regarding Islam. Thanks to Almighty God, I'm now in His true religion. I'm now on the right path of life, and I believe that upon embracing Islam, my first and most important duty to Almighty God is to share with others, especially with non-Muslims, what I learned here at I.P.C., and to study Islam deeply.