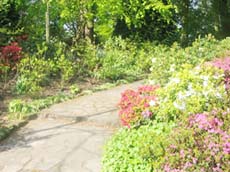 Western women are turning to Islam in rapidly increasing numbers. Kay Jardine discovers why they are so keen to become Muslims.