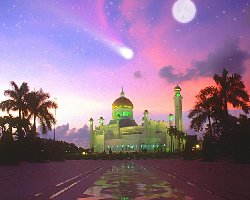 Muhammad Asad, Leopold Weiss, was born in Livow, Austria (later Poland) in 1900, and at the age of 22 made his visit to the Middle East. He later became an outstanding foreign correspondent for the Franfurtur Zeitung, and after his conversion to Islam travelled and worked throughout the Muslim world, from North Africa to as far East as Afghanistan.